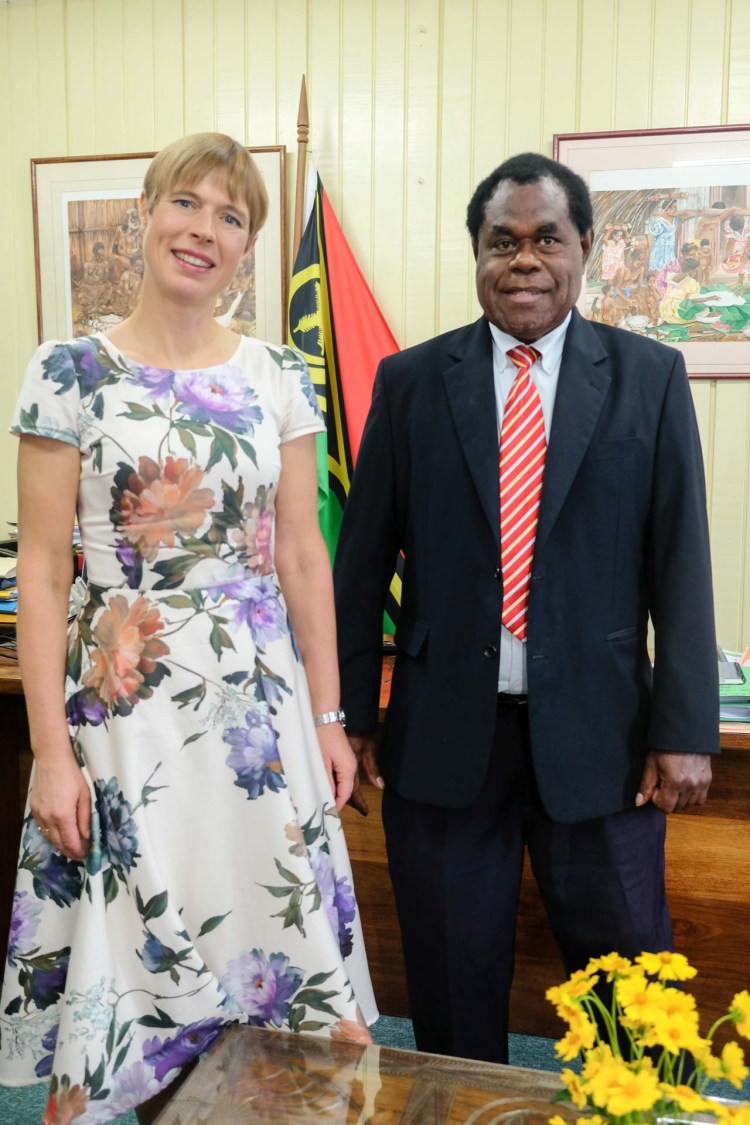 Kersti Kaljulaid: We understand well that climatic change represents the main security issue for the countries of Oceania; in the long term, this is also a threat for many countries and nations,” said President Kersti Kaljulaid today to the Prime Minister of Vanuatu, Charlot Salwai, when introducing the aims Estonia has in mind for the Security Council.

According to the President of the Republic, it is easy to understand in this beautiful country threatened by climatic change how important it is for all to us to contribute to environmental conservation and transfer to the use of green energies as fast as possible.

Co-operation in the digital sphere was discussed in detail. “Countries must first provide their citizens with digital identification documents to offer e-governance services; this is also the first step in ensuring cybersecurity,” said President Kaljulaid. “Estonia is always willing to share its experiences in building up a digital society and I am happy that your country is already taking part in an e-governance and digital society co-operation project run by Estonia, Australia and the small islands of Oceania,” added the President of the Republic. Cybersecurity, which is one of the focuses for Estonia for the UN Security Council, was also discussed at the meeting.

President Kaljulaid also met on Vanuatu today with the Speaker of the Parliament, Esmon Saimon, Minister of Foreign Affairs, Ralph Regenvanu, and the Mayor of Port Vila, Albert Sandy Daniel. Tomorrow the Head of State will proceed to Fiji to meet with the President, Jioji Konusi Konrote, and the Prime Minister, Josaia Voreqe Bainimarama.  Photos: Office of the President