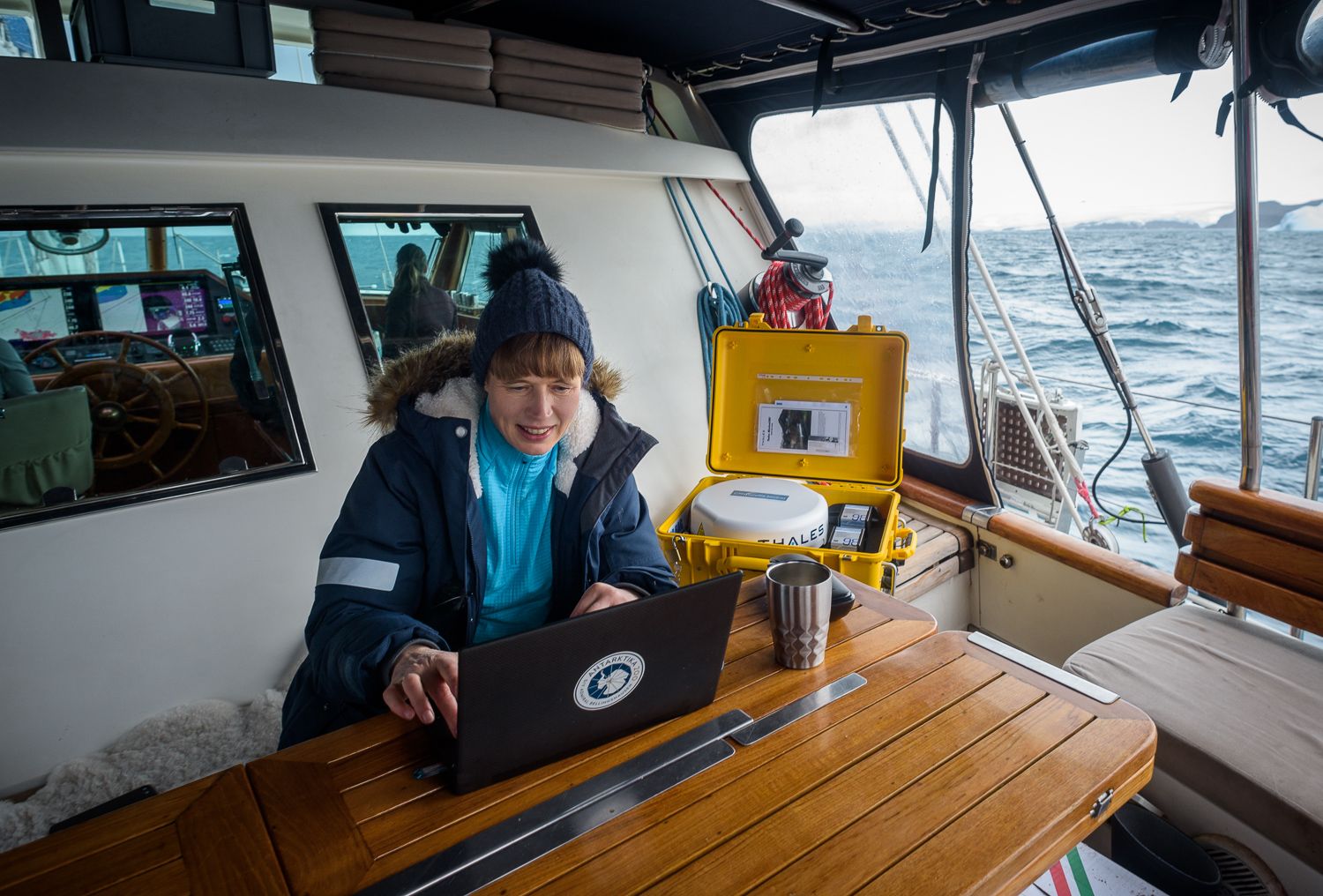 President of Estonia Kersti Kaljulaid proved in Antarctica that thanks to advanced e-governance Estonian digital nomads can work everywhere. President Kaljulaid digitally signed her resolution of bestowing state decorations – announced today – In the Antarctic. State decorations are traditionally given before the Estonian Independence Day and are generally announced at the end of January.

Every Estonian holds a state issued digital identity and can provide digital signatures using their ID-card, Mobile-ID or Smart-ID, so they can safely identify themselves and use e-services. The signatures are considered equal with physical signatures and legally binding within the EU.

“Estonia has always been a seafaring nation, but now we are also a well-known digital nation. For a digital society geography doesn’t matter anymore – we can use our digital ID to do business, run the country and communicate with our close ones wherever we are in the world,” president Kaljulaid said after signing the resolution.

While only a fraction of the Antarctic is covered with the infrastructure usually needed for an Internet connection, President Kaljulaid can be reached there at all times. Data and phone connections are provided by a device developed in collaboration by Iridium and Thales, allowing president Kaljulaid to access the Internet and therefore digitally sign documents anywhere in the world, even in places without a fixed (or cellular) Internet connection. a

The President of Estonia is currently in Antarctica to commemorate the 200. anniversary of the discovery of Antarctica by Admiral von Bellingshausen, who was born in Estonia. The Head of State has joined the expedition and been on a boat named Admiral Belligshausen for more than a week. The aim of the visit is to draw attention to the climate crisis and to demonstrate opportunities offered by digital society and eGovernance. foto from president office

Be safe please people 🙏 don't be in crowed because of Corona virus, tickets are not for sale in local bus in Tallinn Estonia.
Happy women's day 🎉
Hotel olympia
My best friend ❤️
Hollywood
Zeerik from Finland